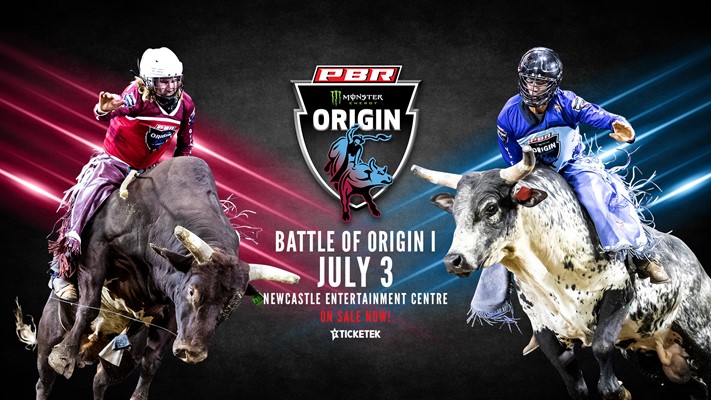 After holding the inaugural PBR (Professional Bull Riders) Origin event in 2019, the league will once again stage the highly anticipated state vs. state western sports showdown in 2021, launching the three-part series of events on July 3 in Newcastle, New South Wales, at Newcastle Entertainment Centre. Team Queensland and Team New South Wales will go head-to-head to determine which state is the supreme bull riding powerhouse.

The 2021 PBR Origin l - Newcastle will abide by a series of health standards and protocols as approved by New South Wales Health, including:

For each iteration of the 2021 PBR Origin, each team will be comprised of 10 riders, including a Captain, who will be announced in April 2021.

While the Captain will ride at each of the three events, the remaining nine positions will be filled based on world and national standings at preselected dates throughout the season. With more than $45,000 on the line, and crucial national points awarded to the competing athletes, the PBR Origins Champion will be the team that wins two or more events in the series.

For Fielder, who was competing amidst his rookie season on home soil, the win was his fifth of the year. Going 2-for-3, the Queensland sensation logged qualified rides aboard Shots (Dittmann Bucking Bulls) for 82.5 points and Black Tuxedo (Peter Wallace) for 86 points. Fielder won two additional events and concluded the season ranked No. 3 in the national standings.

The 2019 season marked the third consecutive iteration of the tour stop when the Newcastle event ended in a tie. In 2018, now three-time PBR Australia Champion Aaron Kleier (Clermont, Queensland) split the win with veteran Cliff Richardson (Gresford, New South Wales), while in 2017, Kleier tied with Babbington.

The bull riding action for PBR Origin I – Newcastle begins at 7:30 p.m. AEDT on Saturday, July 3 at Newcastle Entertainment Center. The event will feature three rounds of competition. After each of the 10 competing bull riders for both teams attempt one bull each in Round 1 and Round 2, the Top 4 riders from each team will advance to the bonus round for one final out. The event winner will be the team with the highest combined score in the event aggregate.

In addition to vying for the title of PBR Australia Origin Champion and their share of the event purse, riders will also be competing for points towards the Australian national standings and broader PBR World Standings.

Tickets for the PBR Origin I – Newcastle are on sale now, starting at $46.75, standard fees may apply, and can be purchased at Ticketek.com.au or pbraustralia.com.au.