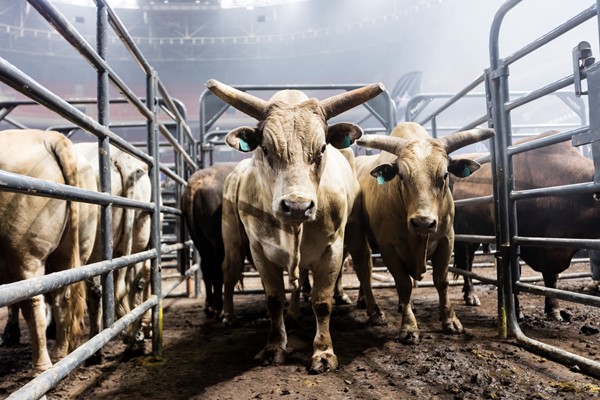 The seventh iteration of the PBR Rockhampton Invitational will be held at the Great Western Hotel on Nov. 13.

ROCKHAMPTON ENDS REGULAR SEASON – This weekend, for the seventh time in 2021, and 30th time in league history, PBR Australia will travel to Rockhampton, Queensland. Marking the seventh iteration of the Monster Energy Tour’s PBR Rockhampton Invitational, action at Great Western Hotel for the Back to the Heartland Series event will get underway Saturday, November 3 at 7:00 p.m. AEST.

The PBR Rockhampton Invitational will mark the final regular-season event of the year prior to the 2021 PBR Australia Grand Finals Nov. 26-27 in Townsville, Queensland. With an intense battle underway for the 2021 PBR Australia Championship, the Top 5 riders in the nation will travel to Rockhampton within 234.51 points of one another. This weekend, one rider will have the chance to earn 95 national points.

THIS WEEKEND’S FORMAT – The PBR Australia Monster Energy Tour’s Rockhampton Invitational at the Great Western Hotel will feature three rounds of bull riding. After all competing bull riders attempt one bull each in Round 1 and Round 2, the Top 8 riders will advance to the championship round. The event champion will be the rider with the highest total score from their three draws.

WILLIS WINS CABOOLUTRE, CRACKS TOP 10 – With double points on the line at last weekend’s PBR Australia event in Caboolture, Beau Willis seized the moment, going a near perfect 2-for-3 to win the tour stop and crack the Top 10 in the race for the 2021 PBR Australia Championship. Willis began his campaign for his first event victory in five years when he topped the field in Round 1, covering Shotgun for 85 points. The home state contender remained perfect in Round 2 when he outlasted Amigo for 79 points. While Willis was unable to conclude the event with a score, bested by Big Buck Hunter in 3.13 seconds, his initial two scores proved enough to clinch the win. For his efforts, Willis earned a critical 148 national points. After beginning the event ranked No. 25, Willis surged 18 positions in the national standings, now the No. 7 rider in Australia. The 31-year-old is within 330.33 points of No. 1 Aaron Kleier. Willis will look to continue his climb up the standings this weekend in Rockhampton when he faces Fast & Furious in Round 1 and Night Fury in Round 2.

KLEIER’S HISTORIC PURSUIT PERSISTS – After making history in 2020 by becoming the first rider in history to win the PBR Australia Championship in three consecutive seasons, Aaron Kleier is attempting to further etch his name in the league record books in 2021. Should he once again be crowned the national champion, Kleier would tie David Kennedy for most Australian national titles won by one rider in league history (4). Kennedy topped the national standings in 2009-2010, 2012 and 2014. After injury briefly sidelined him following his league-leading third event win of the season in Mackay, Kleier was back to his championship-contending form at the most recent tour stop in Caboolture. Remaining in firm control of the No. 1 rank in the national standings, Kleier tied for fourth at the Monster Energy Tour event in Caboolture to collect 60 national points. In the opening rounds of action, Kleier was quick to rebound from a 5.96-second buckoff dealt to him by Mr. Meaner in Round 1, making the 8 aboard Rip Slinger for 82 points in Round 2. Kleier’s successes, however, did not continue in the championship round, dispatched by Pretty Boy in a hard-fought 4.53 seconds.

In the standings, after beginning the event 81.33 points ahead of the No. 2-ranked rider, Kleier is now 106.83 points out front.

In addition to leading the league in event wins, Kleier holds the top riding percentage in Australia, having covered 17 of his 27 bovine athlete opponents (62.96%). Additionally, Kleier is one of two riders to have recorded a 90-point score in 2021. Responsible for the high-marked ride to date this year in Australia, Kleier covered Black Tuxedo in his first draw of the season for a monstrous 90.5 points. The ride propelled him to the event win and led him to sure to an early No. 1 ranking in the national title race.

Kleier will look to further grow his lead in Rockhampton when he faces off against Red Flash in Round 1 and Ariat’s Flaunt It in Round 2 at the Great Western Hotel.

LEATHER RISES TO NO. 2 RANK – After an electric start to the 2021 season, leading Rookie of the Year contender Macaulie Leather hit a bit of a slump as the season wound towards the year-end Grand Finals in Townsville Nov. 26-27. However, Leather has recaptured his winning ways as the season winds to a close. After winning the tour stop in Emerald, Queensland, Leather overtook the No. 2 position in the national standings after finishing third at the most recent tour stop in Caboolture. Leather was red-hot in Round 1 inside QSEC Arena, delivering the second-best score when he rode Titanium for 84 points. Leather, however, was denied scores by his subsequent two animal athlete opponents, bucked off by Flyin Hippie in 2.87 seconds and Ambush in 2.47 seconds. The 1-for-3 effort earned Leather 84 national points, elevating him from No. 3 to No. 2 in the standings. He is now within 106.83 points of the No. 1 position and capturing his career-first PBR Australia Championship. Leather will look to continue his momentum this weekend in Rockhampton when he faces I’m a Thug in Round 1 and Little Thunder in Round 2.

FAMILIAR WATERS – Here are the rematches for Round 1 and Round 2 of the PBR Rockhampton Invitational:

PAST ROCKHAMPTON EVENT WINNERS – One of the longest tenured events in PBR Australia history, since the Queensland city welcomed the league for the first time in 2006, PBR has held a total of 29 events in Rockhampton, including six tour stops already held in 2021. The complete list of past winners is as follows:

Apart from Cattle King Boogers Beach, Razor Sharp and Roid Rage are the only other bull to earn the top score at multiple tour stops. Roid Rage is currently tied for No. 5 in the YETI PBR Australia Bull of the Year race, holding a 44-point average and 1.13 points behind the top spot.

With Cattle King Boogers Beach not in competition this weekend, the door is open for Razor Sharp to gain ground on the No. 1 bull. Razor Sharp is one of eight bulls that will buck in the final round. He is joined by Shotgun, Suga Boom Boom, Humdinger, Pretty Boy, King Kong, Russian Roulette, Big Bang Theory.