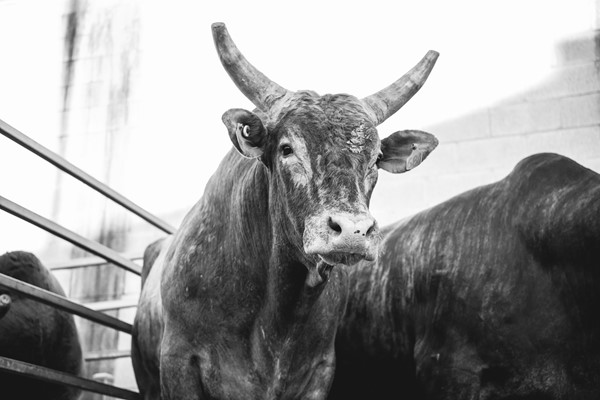 The 2021 PBR Australia season will continue July 31 in Rockhampton, Queensland.

RETURNING TO ROCKHAMPTON  – This weekend, for the fourth time in 2021, and 27th time in league history, PBR Australia will travel to Rockhampton, Queensland. Marking the fourth iteration of the Monster Energy Tour’s PBR Rockhampton Invitational, action at Great Western Hotel for the Back to the Heartland Series event will get underway Saturday, July 31 at 7:00 p.m. AEST.

THIS WEEKEND’S FORMAT – The PBR Australia Monster Energy Tour’s Rockhampton Invitational at Great Western Hotel will feature two rounds of bull riding. After each of the 30 competing riders attempt one bull each in Round 1, the 8 bull riders with the top ride scores will then advance to the championship round where they will attempt one final bull in an effort to be crowned the event champion.

KLEIER FURTHERS STRONGHOLD ON NO. 1 RANK – After making history in 2020, becoming the first rider in history to win the PBR Australia Championship in three consecutive seasons, Aaron Kleier is attempting to further etch his name in the league record books in 2021. Should he once again be crowned the national champion, Kleier would tie David Kennedy for most Australian national titles won by one rider in league history. Kennedy topped the national standings in 2009-2010, 2012 and 2014. Compliments of dominant individual showings at both PBR Origin I – Brisbane and PBR Origin II – Cairns, Kleier will resume the regular-season with his largest lead yet atop the national standings, currently 70.83 points ahead of No. 2 Macaulie Leather. When the state vs. state tournament began, Kleier travelled to Brisbane just 19.5 points ahead of No. 2 Leather. Going a perfect 2-for-2 to finish second in the individual event at PBR Origin I, Kleier earned a crucial 53 national points, expanding his lead to 60 points. He logged his qualified rides aboard Cliffhanger for 85 points and Roam Aviation High Risk for 84.5 points. When the 2021 iteration of PBR Origin continued the very next week in Cairns, Kleier remained dominant. Courtesy of his 84.5-point ride atop Tribal, which snapped the bull’s 12-out buckoff streak, Kleier concluded the individual event tied for sixth to earn an additional 10.83 points. Eager to further distance himself from the field, Kleier has drawn Vertical Limits in Round 1 of the PBR Rockhampton Invitational.

NOBBS CRACKS TOP 5 VIA ORIGIN SUCCESS – When the 2021 PBR Origin tournament got underway in Brisbane, Lawson Nobbs was ranked No. 7 in the national standings. However, after finishing seventh in the individual event in Brisbane, and winning in Cairns, Nobbs is now ranked No. 4 in PBR Australia competition, within 89.5 points of No. 1 Kleier. Registering one qualified ride in Brisbane, marked 84.5 points on Broken Halo, Nobbs excelled in Cairns. As the lone rider to go a perfect 2-for-2 in the opening rounds of competition, Nobbs covered Code Blue for 84.5 points and Notorious for 84 points. Seeking his league-leading third Australian event win of the season in Rockhampton, Nobbs has drawn Gangster’s Retreat in Round 1 of the event at Great Western Hotel.

SLADE WINS BRISBANE, GOES FOR 90 IN CAIRSN – In addition to vying for state pride, the competing riders at the 2021 PBR Origin tournament were also contending for crucial national points in the race for the 2021 PBR Australia Championship. In the individual battle at PBR Origin I – Brisbane, Team New South Wales’Lachlan Slade was the top-performing individual rider, tallying 172 points to earn 72.5 national points. In Round 1, Slade rode Reloaded for 86.5 points before converting aboard Random Assault in Round 2 for 85.5 points. While Slade began the tournament stop No. 11 in the nation, climbed to now No. 5 compliments of the win, inching within 114 points of No. 1 Aaron Kleier. While Slade went on to finish fifth in Cairns, slipping to No. 6 in the national standings, now trailing Kleier by 99.83 points, he reached a crucial career milestone – his career-first 90-point ride. Avenging a 3.38-second buckoff streak from Brisbane, Slade covered Cattle King Boogers Beach for 90 points, the second 90-point ride in Australia in 2021, during the bonus round of the team event from Cairns. Earlier in the event, Slade had previously covered High Class Hooker for 85 points. Awaiting Slade in Round 1 from Rockhampton is Roam Aviation High Risk.

HELLOS AND WELCOME BACKS – This weekend at the Great Western Hotel, one rider will make his debut, while two familiar faces will return to competition. For Cody Fraser, son of former Australian rodeo champion Scott Fraser, he will compete for the first time with the PBR, having drawn Red Flash. For Jackson Gray, he will make his season debut after being sidelined by a non-bull riding foot injury. He will face off against Tribal in the opening round. Completing the trio is Daniel Rogan who last competed at his hometown event in Tamworth in November 2019. Awaiting Rogan in Rockhampton is Bang and Grind.

FAMILIAR WATERS – Round 1 of the PBR Rockhampton Invitational will feature three rematches, with just one rider having previously made the 8. For Lawson Nobbs, he will look to remain perfect against Gangster’s Retreat. Marking their second showdown, Nobbs previously covered the bovine athlete for 84.5 points en route to his event win at the PBR event held in tandem with the prestigious North Queensland Elite Junior Rodeo in late May. For Caiden Sandilands and Jackson Gray they will look to avenge one previous buckoff aboard their draw. A showdown first witnessed at PBR Origin I – Brisbane earlier this month, Sandilands was bucked off by Bang Ya Drum in a close 6.37 seconds. For Gray, he first faced off against Tribal at the second iteration of the Beaudesert, Queensland double-header, bested in a swift 2.42 seconds.

PAST ROCKHAMPTON EVENT WINNERS – One of the longest tenured events in PBR Australia history, since the Queensland city welcomed the league for the first time in 2006, PBR has held a total of 26 events in Rockhampton, including three tour stops already held in 2021. The complete list of past winners is as follows:

Dittmann Bucking Bulls’ other standout bovine athletes travelling to Rockhampton include Vertical Limits, drawn by three-time PBR Australia Champion Aaron Kleier in Round 1, and Ranga who will face off against surging young gun Macaulie Leather in the opening round. Vertical Limits is unridden in his two trips to date. He bucked off Sam Spencer in his debut earlier this season in Rockhampton, dispatching him in 3.79 seconds, and Trefor Sproule during PBR Origin II – Cairns in 4.91 seconds, earning a 39.5 and 42.5-point bull score, respectively. Ranga, the more experienced of the duo, has been ridden just once in 14 PBR outs on record, and will travel to the Queensland event amidst a 10-out buckoff streak. He last bucked at PBR Origin II – Cairns, sending Lane Mellers to the dirt in 2.66 seconds.

NEXT UP – The 2021 PBR Australia season will continue Saturday, August 14 in Caboolture, Queensland at QSEC Arena. Action for the Monster Energy Tour’s Caboolture Invitational will get underway at 7:00 p.m. AEST.