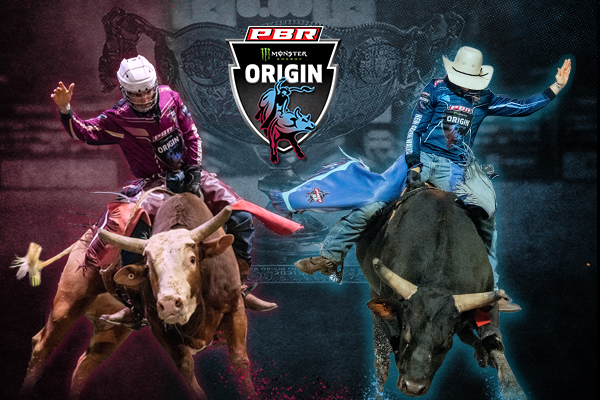 Ahead of the second iteration of the 2022 PBR (Professional Bull Riders) Australia Monster Energy Tour Origin tournament, the organization has announced the complete 10-rider rosters that will represent Team New South Wales and Team Queensland at the state vs. state bull riding showdown at PBR Origin I – Tamworth on April 23 at AELEC Arena.

A three-part series of Monster Energy Tour stops, the PBR Origin is modeled after the State of Origin rugby league event that is considered Australian sport’s greatest rivalry.

Each stop of the 2022 PBR Origin tournament will feature three rounds of competition. After each of the 10 competing bull riders for both teams attempt one bull each in Round 1 and Round 2, the Top 4 riders from each team will advance to the bonus round for one final out. The event winner will be the team with the highest combined score in the event aggregate.

While Purcell and Wilson have tentatively earned their position to compete for Team New South Wales, they must first be approved to compete pending injury clearance. Both Purcell (concussion) and Wilson (ribs/shoulder) were injured at the most recent Monster Energy Tour stop in Toowoomba, Queensland.

While the Captains were selected earlier in 2022, the aforementioned teams were determined based on the national and world standings following the most recent PBR Australia Monster Energy Tour event in Toowoomba, Queensland, on April 8-9.

The Maroons roster was headlined by Qynn Roster who went a perfect 3-for-3. After riding Night Fury (ST Bucking Bulls) for 84.5 points and Breaking Bad (MJ/Keliher Bucking Bulls) for 83.5 points, Andersen punctuated his flawless outing at Newcastle Entertainment Centre with an 85-point effort atop Natural Hillbilly (Throsby & Russell & JC Cattle Co.) in the bonus round.

While the Blues fell short of the win, captain Heffernan, seven-time PBR World Finals qualifier Richardson and young gun Nock were all dominant in the individual competition, finishing second, third and fourth, respectively.

In Tamworth, both Team New South Wales and Team Queensland will each welcome new riders.

The new contenders for Team New South Wales are:

The new competitors for Team Queensland are:

Tickets for PBR Origin II – Tamworth at AELEC Arena, and PBR Origin III – Brisbane at the Brisbane Entertainment Centre are on-sale now and can be purchased at pbraustralia.com.au.