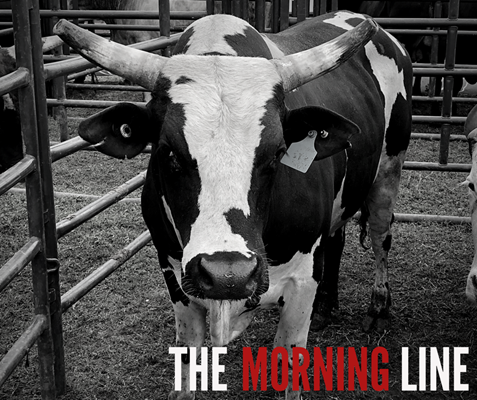 Babbington simply must make the whistle in the opening section of the night after bucking off his last 12 straight bulls. There is not only the PBR Australia Championship race at stake but also a spot at the PBR’s Velocity Tour Finals. Hazmat makes his PBR debut in Dubbo and the unfamiliarity will force Babbington to ride jump-for-jump which sometimes can work in the riders’ favour.

Smith currently leads the PBR Australia Rookie of the Year race and comes to Dubbo with only two qualified rides under his belt from his last 4 PBR competitions. While Deceptacon may not be any easier than the bulls he has faced in the past couple of months, his usual trip may give Smith the upper hand. Smith is quite good with bull’s that turn back into his hand and as a right handed-rider, these two may complement each other’s style.

We have seen this bull covered three times in his four career outs in PBR competition. Heffernan was the first to put up a qualified ride on Ransom 2 in Adelaide last year for 85-points. Ryan Storey and Lachlan Richardson also making the whistle on the Victorian leg earlier this year. This bull doesn’t necessarily have a predictable pattern and can mix up his trips but is usually around to the left and likes to sling his head around.

I haven’t seen too much of this bull, but we did see Ky Hamilton score 81.25 points on him at the Global Cup. I think we can trust that the bull will turn back to the right in tight to the gate again. Dark Destroyer had averaged a 42.25-point bull score this year prior to the Global Cup and was unridden in 8 career outs but he has not faced a rider of Richardson’s calibre.

Slade is in pursuit of Smith in the Rookie race and has drawn a nice bull here. Buck is another bull that produces a fairly consistent trip and we have seen him covered four times this season. They may not be a perfect fit, but Slade did look good in Rockhampton and Buck has given up two rides in his last two outs. Braydon Wellby scored 84.5 points on Buck in Newcastle. Look for the bull to put a fake to the right and then settle into a left-handed spin with good rhythm and timing.

The current number one ranked bull rider in the country should start a short-priced favourite in this matchup. Lost Signal has been covered in four of his last five outs in PBR competition. The bull likes to turn back to the left with good timing and that will suit the left-handed Kleier. Jason Mara made it three straight victories for the riders with 85.5 in Blackall last month.